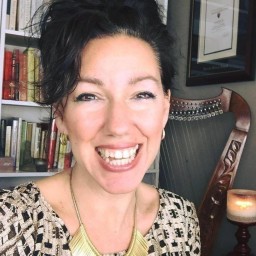 Todd Chrisley and Julie Chrisley’s financial anxiety has plagued them for years, and their conviction might have been the best thing to happen to them emotionally.

In addition to being a successful entrepreneur, Todd Chrisley is also a father, husband, and, believe it or not, a philanthropist. He shares his “expertise” with audiences through his show, “Chrisley Knows Best,” and his website, www.chrisleyknowsbest.com.

His wife, Julie Chrisley, is also an expert in her own right, helping manage their empire. Together, they showcased hope to families to achieve financial freedom by providing advice on topics such as saving money, investing, budgeting, and more.

The irony of being a bankrupt millionaire is becoming more common than not, thanks to lightning-fast social media.

One of my specializations (I wrote two books on the topic) is financial therapy.

In my years of working with individuals suffering from financial anxiety or financial stress, they often have a skewed relationship with money. My clients have often been incredibly wealthy and focused on solving everyone’s problems with money or keeping up with their peer group with a facade of money. They tend not to be “bad people” but are somewhat misguided and often insecure. Childhood trauma is not uncommon in those who have been in court over tax evasion and other white-collar crimes- often that revolve around money.

But why do people who seem to have it all financially mess it up? Is it greed? Ignorance?

Why do people evade taxes?

There are a few reasons. Sometimes it is pure greed. They don’t want to pay taxes. Other times, they’ve made a mistake. The last is that they follow bad advice.

However, with conspiracy and fraud charges, the sad reality is that the Chrisleys were being greedy. They did this as a couple, as a team.

Tax evasion is not always headline-grabbing, but it is more common than you think. It is usually evaded in one of three ways.

The IRS has three years to go after evaders, so many evaders try to ride out that deadline and feel (wrongly) that they are home-free (no pun intended).

Underreporting is the most common form of tax evasion; over 80% of people evade doing so by underreporting.

They might report that they made less money than they did at the flower arranging work or not report it at all.

There is a strange reason people avoid taxes; if they feel the government is “run by” a political party that they disapprove of, they might assume that they have a right to buck the system (again, no pun intended).

You’d think that people suffering in poverty or lower income would be the ones to do this, but the wealthy do it the most. Internationally, according to the American Economic Review, 35% of the top 0.05% engage in tax evasion. It’s also rampant among the self-employed, as their income is less visible than anyone who works in a company or nonprofit.

Overall, wealth does not equate to educated. The tax evader tends to be less educated and lacks integrity. Sometimes wealth seems to make people feel that they are above it all, that they don’t have to play by the rules. There’s often no remorse, with a narcissism trait veiled throughout the entire mindset.

As some might have seen with Todd Chrisley, he was openly, publicly venting on social media about how dare anyone accuse him; meanwhile, he was not only guilty but continuing to be fraudulent. Denial, manipulation, narcissism, and riding out whatever he could seem to be the common thread that many evaders take, including Chrisley.

Todd Chrisley and Julie Chrisley’s financial anxiety has ramifications. Ultimately, they suffer jail time but won’t be side by side with killers and grocery store thieves. They will be in a white-collar crime jail, which will seem like a spa. Sometimes, these jails do not have locked doors as the people are not dangerous per se, barring you would not want to lend them money. That said, prison is dull, guards can be cruel, prison is humbling, and the food won’t be fantastic. Sometimes, they can expect pork and beans, mac and cheese, packets of food, and canned vegetables. These are not Instagram-worthy meals. Oh, and there are jobs. Janitorial and kitchen work are much needed, and the pay might be as little as 12 cents an hour. After release, there’s usually probation with community hours and extreme limits on where and when you can leave or travel. There might be house arrest.

Add to the mix public humiliation. Many financially struggling people who feel bitter might take the enjoyment out of someone wealthy getting caught stealing.

Of my clients who have stolen from the IRS, family or business partners also report their entire social lives changing. Many of their former friends want nothing to do with them. These people may not “be better” than them, but they don’t want to be aligned with them. No doubt, Todd Chrisley and Julie Chrisley’s financial anxiety results will bring them the same.

Through their healing process, many of my clients want to move and start fresh; some are high profile, while others are only in a clique in their local hometowns, and they don’t want to feel like an outcast.

Families suffer. Marriages are torn apart; some make it, and some don’t. Adult children do not talk to them. Younger children are confused, scared, and overwhelmed.

I feel, Todd Chrisley and Julie Chrisley’s financial anxiety will cause the same or similar outcomes. Attachment struggles might form in younger children and teens; after all, not only are they hit with a reality that their parent lied and was fraudulent, and they lost trust – but they’ve also now been in a situation where mom and/or dad isn’t going to be there to read them a book or cook a meal. These younger children tend never to see their parents the same way again. Older children who have formed attachments can see their parents as flawed but feel emotionally connected.

Stress for the entire family is weighty. In the case of the Chrisley family, the grandmother has cancer, one son has had a debilitating car accident, and the daughter is now the guardian of her little sister. There will be stress responses and personal anger over this situation from the entire family. Everyone in the family will have their character targeted as fraudulent because it would be hard for anyone to think otherwise.

There is a lot of collateral damage when even one person evades taxes or conducts financial crimes; not only do the rest of the taxpayers have to make up for this loss but the very jails and all the staff connected to overseeing the criminal are at a social burden as well.

What will happen to the Chrisleys? Probably a shorter term, house arrest, and I guess they won’t seek therapy because they feel they have the right to do what they did.

A study published in the Journal of Personality and Social Psychology found that people who cheat on taxes are more likely to cheat on their spouses, cheat on tests, lie to their bosses, and steal from their employers.

So, if people who cheat on taxes are also more likely to cheat on spouses, cheat on tests and lie to their bosses, financial crimes are a bigger problem than we think for the individual. This suggests that cheating on taxes is a symptom of a broader pattern of dishonesty.

It’s important to note that the IRS does not consider tax evasion a “victimless crime.” While the IRS doesn’t track the number of victims of tax evasion, the agency estimates that $1 trillion in federal revenue is lost yearly due to unpaid taxes.

People who cheat on taxes are more likely to cheat on business partners, lie to banks, and misuse other people’s time; actual abuse of others’ time.

While all of my clients were required to seek therapy, they were court-appointed in some way; they all have or did continue with sessions because we could get to the pain under the behavior.

The only way to create a ripple of recovery is to address the energy under the behavior, the childhood trauma, the adult betrayal, and compensation for insecurity and seek inner peace.